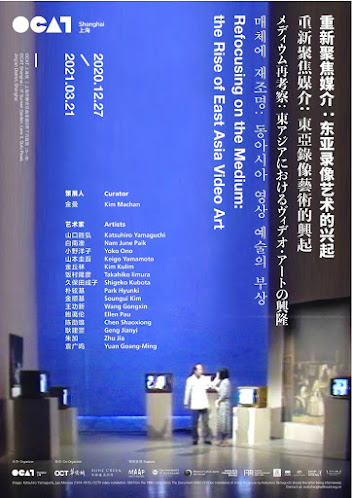 The exhibition proposes a re-examination of the artists’ approach to the video medium rising from East Asia and contributes to the global history of video art as a transnational contemporary art medium. Since the Sony Portapak portable video recorder was invented in Japan in 1965, artists on every continent gained access and have contributed to the development of this global medium.  Exhibitions exploring the histories of video art have featured across Asia in the past decade.  The cumulative results have enhanced detail and depth to specific national histories laudably expanding an existing world history of video art.  The exhibitions and accompanying research expose scholarly accounts of experimental practice and international exchange that provokes a more radical review of the way video art is considered. This exhibition shows how the rise of East Asia video art developed as a hybrid global art form characterized by conditions of video art’s medium specificity in a context of post medium contemporary art practice. As a new technology and experimental artistic medium with distinct characteristics, video art arrived with no cultural traditions, no significant conventions or history – a new global contemporary art tool.

This view of the medium gives reason for a recalibration of thinking and reassessment of the contribution that artists from East Asia have made to this still contested history. How did artists in East Asia take up the apparatus of video and experiment with this new global medium and can this change the way we might approach the history of video art?

In partnership with the Nam June Paik Art Center in Korea, a live stream broadcast of the iconic Nam June Paik video installation TV Buddha, (1974-2002) is projected in the entry foyer of the exhibition.  The projection is a provocation to question the video medium within the context of the exhibition – the liveness of the medium, the distortion of time and space, the tension between illusion, reality and authentic experience, the conceptual strategies used to subvert the medium, and the dynamics connecting local and global aspirations.  Rarely seen outside of Japan, Katsuhiro Yamaguchi’s CCTV interactive video installations dating from 1972 evidence his active contribution to emerging international contemporary art dialogues.  In this exhibition Las Meninas (1974-75) presented at the 13th San Paolo Biennial in 1975, offers firsthand experience of the complex art experiment incorporating CCTV, six video monitors, and two full-size reproductions of the eponymous 17thth century painting by Diego Velázquez making actual Michel Foucault’s analysis of the painting in his book The Order of Things (1966).

Other artists in the exhibition, such as Yoko Ono employs CCTV to transpose sublime spatial concepts in Sky TV (1966-2020).  Park Hyunki works with elemental natural objects juxtaposed with what was the latest technologies to pose philosophical questions of existence through two major works including the video installation Untitled (TV Stone Tower), (1982).  The CCTV video installation by Wang Gongxin, 2 Sq metres (1995-2020) inverts and dislocates sculptural space, challenging conventional rules of perspective and perception.  Works by Kim Soungui use the characteristics of portability and the record and record over functions to scramble and deconstruct linear time in ways only video can.  Art works have been selected because of the exemplary investigations into the unique possibilities, the medium specific qualities, of video in the context of a post medium contemporary art practice.  Artists such as Kim Kulim, Takahiko Iimura, and Yuan Goang-Ming deconstruct screen space while forcing the reality of material objects and the illusion of the video medium together to destabilise certainty of representation and emphasise the present moment.  Sculptural approaches both material and conceptual are dominant in the majority of the works, with particular attention to conceptual screen and monitor space in works by Keigo Yamamoto, Shigeko Kubota, Chen Shaoxiong, Zhu Jia and Geng Jianyi and Ellen Pau.

Refocusing on the Medium: The Rise of East Asia Video Art reconsiders the rise of the video art in a selection of early East Asia artists’ works experimenting with the unique medium specific conditions of video art in the context of their post medium contemporary art practice. 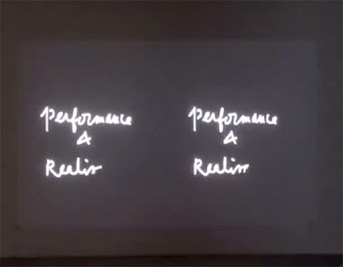 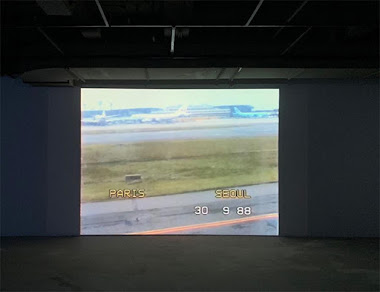 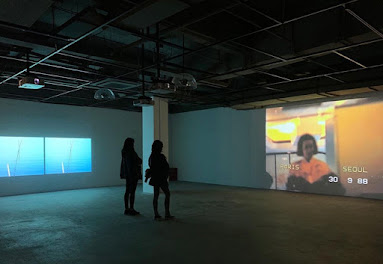