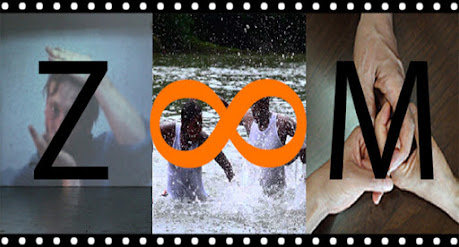 Nowadays it seems we care very much about the body. This tendency can be seen in daily life as we talk about fitness, bodybuilding, well being and even sex… However, shall we conclude it is the only way to see the body or is anything else to explore ? We think those three artworks could show differents way to see it. We can see the face, in Charlie Jeffery’s video’s, as a choreography of feelings, coded by the expressions and grimaces. The symmetries of the parts of the body, pictured by Minja Gu and their series create a kind of rythm. Hands and the bodies appear to be ruled but at the same time, those rules are questioned by the artist herself. The hands hitting the river’s surface compose a music sounding like gun bullets, or explosions in Marcos Avila Forero’s artwork. This is the story of the violence in this region…

Born in 1983, in Paris, the Colombian artist Marcos Avila Forero is graduated from the Ecole Nationale Supérieure des Beaux of Paris, in France. He is working both in Paris and Bogota. In 2012 after being granted the Prix Découverte des Amis du Palais de Tokyo (Discovery Prize), he was introduced by Giuseppe Penone to be part of an artist’s residence with the Fondation d’Entreprise Hermès. In 2014, his artwork À Tarapoto, un Manati, helped him winning the Loop Award 2014 of the Loop Art Fair Barcelona. The human being is the center of his encouraging work based on complex and local realitites, that influence the lives of the beings featuring on his artworks. Materials and stories are carefully chosen as they translate those realities in a poetic and narrative way.
The artwork Atrato, is an video installation, resulting from an action the artist led, along local residents of african-colombian origins, who retrieve their traditions and make the river Atrato, which crosses the forest of Chocó, in Colombia, an instrument translating in music the « accustomed violence ».This project served as an pilot experiment in a heritage recovering program led by the Regional Ministry of the Education of Chocó, the Universidad Tecnologica del Chocó and the Corporalotéca. 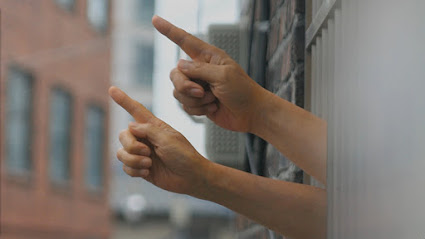 Gu Minja's works are derived from her fear of the tightly framed social structure and the mega-world. She is interested in looking into social structures with other points of view. Her works are based on passive performances where conditions, situations and meanings are changed. They are documented via photographs or videos, and showed through various media including drawings and writings.
The video work The Inaugural Assembly – Symmetric Exercises, a video, realized in 2013 is a part of the work Gu&Yang Art Foundation, a fictional art foundation. This video binds photos of the movements and gestures of her parents, using their rather unflexible body. The scenes are made by the photos taken from a point that allows symmetrical forms or juxtaposed similar postures.