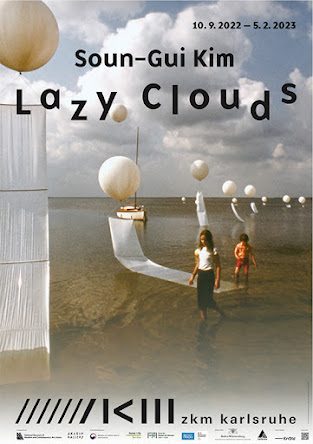 Starting with works from the 1970s, the presentation will give a comprehensive overview of the artist’s work up to the present-day, ranging from the deconstruction of painting and photography to video and multimedia art. Her works are frequently characterized by their highly participatory nature and are influenced by comparative studies of Eastern and Western culture and philosophy as well as the exploration of language.

Soun-Gui Kim was born in Buyeo, Korea, in 1946. She graduated from the Department of Art at Seoul National University in 1971. Even back then, she was interested in the deconstruction of painting, in large-scale performances and video works in public space. After completing her studies, Soun-Gui Kim was awarded a scholarship by the French government, which enabled her to go to France and work there. A few years later, in 1974, she accepted a professorship at the École Supérieure des Beaux-Arts in Marseille. In 1982, Soun-Gui Kim’s travels to various countries around the world led to her intensive engagement with the culture and art of the East and West. While in New York, she associated with renowned video artists such as Nam June Paik, Ko Nakajima, Ira Schneider, and Frank Gillette. With her deepening interest in video and multimedia, she organized »Video & Multimedia: Soun-Gui Kim and her invitees« (1986), with the participation of Nam June Paik, John Cage and others. Since the late 1980s, issues related to the spread of global capitalism and structural changes in society caused by the Internet have become particularly important for her. Today, the artist lives and works in the French countryside near Paris, where in harmony with nature and her surroundings she devotes herself to her art projects that combine philosophy, art and technology.

The title of the exhibition »Soun-Gui Kim: Lazy Clouds« refers to a specific poem and a book of poetry by the artist which was published in France. At the same time, however, it also exemplifies her personal life plan: completely contrary to capitalist-oriented productivity and performance regime, it is based on the concept of idleness as an artistic, creative, and philosophical principle. Like the clouds that are completely free to find ever new forms in the sky, Soun-Gui Kim devotes herself to her art, playfully, far away from predefined patterns and formalities.

The exhibition at ZKM | Karlsruhe is realized in collaboration with the Arario Gallery in Seoul and the National Museum of Modern and Contemporary Art (MMCA) in Seoul, where it was shown under the same title in 2019.